News in the USA

Here is a picture of heroes protecting the Constitution, the Bill of Rights, freedom, democracy, and the American way of life!

Let's take a look at the First Amendment of the Constitution of the United States of America:

Congress shall make no law respecting an establishment of religion, or prohibiting the free exercise thereof; or abridging the freedom of speech, or of the press; or the right of the people peaceably to assemble, and to petition the Government for a redress of grievances.

It’s amazing how much can be said with so few words! When you think about it, though, what does it say about human nature that it's necessary to put this stuff in writing and tell people it's the law of the land and they have to obey it?

More News in the USA 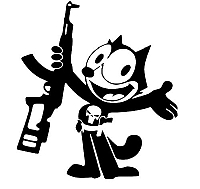 Here is a picture of a citizen patriot exercising the Constitutional Rights that were protected and defended by heroes who fought, bled, and died for them like those shown above.

Here is a picture of a citizen patriot exercising the rights of free expression and the pursuit of life, liberty, and happiness.

It has been said, repeatedly, by the main stream media and the "left" and other liberals and so-called "progressives" and Democrats and probably Stephen Colbert and a lot of other prominent media entertainers, that the protesters who trashed Portland and New York City were exercising their First Amendment rights. Apparently, it is asserted that a “protest” is covered by “freedom of speech”. We (which we use as the "royal we") cannot agree. A protest more appropriately falls under “petition the Government for a redress of grievances”. In either case, we (again, the "royal we") cannot discern any right to pillage and vandalize property, nor any right to stop traffic, nor any right to throw water bottles and other projectiles at police, nor any right to assault and batter people, within the parameters contemplated by the First Amendment. Nevertheless, these illegal activities are embraced by the aforementioned main stream media, et al., as forms of “protest” that are protected by the First Amendment. It appears that they are overlooking the word “peaceably”. Or, perhaps, they have re-defined the word “peaceably” so that those activities will fall within its definition; but, this seems to us (that would be the "royal us") that this makes "peace" or "peaceably" meaningless. We (yes, the "royal we") shake our (and that's the "royal our") head in dismay, disappointment and fear. Need we (yes, "royal we") really have to explain?

There is no Constitutional right to petition for redress by breaking windows, spraying graffiti, throwing projectiles, looting, or assaulting; nor are such activities covered by freedom of speech. They aren’t speech, they are crimes. Some of the protesters, however, seem to be asserting that crime is speech. We (you know what we mean) may need to review some legal history, as we (yep) don’t recall whether burning draft cards and/or the flag was finally decided by the courts to be a form of speech protected by the First Amendment. Even so, those would be victimless crimes. We actually heard some MSM talking heads assert that the destruction of a few small businesses and the beatings of a few innocent bystanders was a small price to pay in relation to the bigger picture of protesting systemic racism in America. Well, there's a “slippery slope” if we ever saw one.This shift in terminology brings uncivil conduct (crime) within the scope of First Amendment protection. This is both crazy and dangerous, and we will oppose it to the best of our ability. The First Amendment, and all provisions of the Constitution, must be preserved and protected, not re-defined into meaningless slogans to fit the political correctness of the moment.